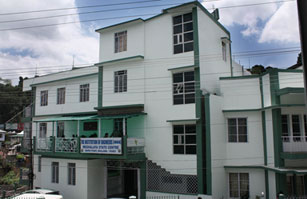 Shillong is the capital of Meghalaya. The “Abode of Clouds” is an appropriate name for Meghalaya, a hill state that seems to reach for the low lying clouds. Shillong Sub-centre came into existence in august 1966 after the Assam State Centre was shifted to Guwahati.

In the year 1988 Shillong sub-centre was rename Shillong Local centre under Assam State Centre. Since then, the Institution has grown and the membership strength has risen from mere fifty members to more than Two hundred seventy.

It was in 2008 council meeting that a decision was taken to upgrade Shillong Local Centre to Meghalaya State Centre by ratifying the bye-laws and Regulations of the Institution. With constant persuasion from this centre a land mark decision was taken to declare this as state centre by allowing the members of the Shillong Local committee to be nominated as state centre. Now the election process has been completed, new committee formed and this centre retains the status of independent state centre by delinking from Assam.